Effects of Added Sugar and Kids 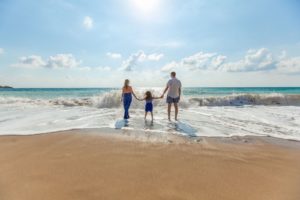 Additive sugar is prevalent throughout modern society’s current food system, the addition of extra sugar is one of the causes of the increase in obesity among children. Coincidentally, the increased rate of obesity in children has led to a rise in the imbibement of sugar-sweetened beverages among them. A study published by The New England Journal of Medicine found children with an increased rate of sugar in their beverage intake led to weight gain. This is due to the fact beverages with added sugar do not reduce the amount of calories taken in from other food and drink. The study found children were more susceptible to overeating and receive a higher calorie intake when drinking the sugar-added beverages, because it did not lead to a feeling of satiation. The study was conducted over an 18-month period, and children participating ranged from four to 11 years old, two experimental groups were created. One group of students received eight ounces of a sugar-free beverage a day during the trial period and the other group received the same amount of a sugar-added beverage. The results found a weight increase of 6.35kg in the sugar-free group and a weight gain of 7.37kg in the sugar-added group. Fat mass and skinfold-thickness among the children in the sugar-added group also increased.

As the study shows, try to avoid sugar-additive food and drink within your child’s diet.

This article was posted in Blog, Traditional Chinese Medicine. Bookmark the permalink. Follow comments with the RSS feed for this post. Both comments and trackbacks are closed.
2187243400 Directions Contact/Schedule