Acupuncture has been employed as a health care modality for over 5,000 years. Modern science has begun to understand the secrets of this ancient medicine with the support of new studies conducted by leading scientists, hospitals and medical research facilities from all over the world. Today, acupuncture is receiving wide acceptance as a respected, valid and effective form of health care.

In China, a February 2013 study conducted by the Clinical Journal of Pain concluded that low back pain, the most common musculoskeletal problem, can be relieved by acupuncture with little to no adverse side effects. 1 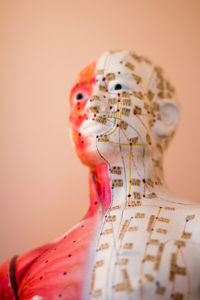 In addition to its effectiveness in pain control, acupuncture has a proven track record of treating a variety of endocrine, circulatory and systemic conditions.

The BMJ in 2013 reported acupuncture and moxibustion can increase the success rate of in-vitro fertilization and increase the number of viable pregnancies when embryo implantation has failed. The additional benefits were listed as receiving no adverse side effects and contraindications as a result of receiving acupuncture and moxibustion treatment.3

In Italy, a 2016 study involving 190 breast cancer patients proved acupuncture can eliminate the need for additional drugs and is an effective method in improving the quality of life of women who have breast cancer. Acupuncture was shown to be an effective force in managing hot flashes the women received as a result of the cancer. 4

A 2016 study published by The Cochrane Review concluded acupuncture treatments can not only relieve the pain associated with headaches, but it can help to control or prevent migraines before they happen. Out of the 22 trials conducted, considerable evidence was shown that in addition to prophylactic drugs, acupuncture should be highly considered for migraine treatment and prevention.5

Acupuncture works as an effective alternative and adjunct treatment modality. It is a safe, effective and natural approach to help regain and maintain health and well-being.

A recent review concluded that acupuncture treatment may help women who are trying to conceive. A review of more than 300 papers on acupuncture found evidence of benefits for reproductive function of women. The results supported acupuncture for menstrual irregularity, menstrual pain, ovulatory dysfunction and infertility.9

According to a study published by The BMJ, acupuncture has been found to produce significant results for those suffering from irritable bowel syndrome. Participants in the study were subjected to different intervals of acupuncture treatment. Overall, patients were selected to receive random amounts of acupuncture up to as much as 10 weekly sessions.10

Findings published in Integrative Cancer Therapies found that 90 percent of participants at MD Anderson Cancer Center in Houston, Texas, reported pain had significantly decreased by the end of 10 acupuncture treatments, 42 out of 52 participants who had pain related to cancer rated the acupuncture study as “very useful.”14

A study published in the Journal of Alternative and Complementary Medicine found that traditional Chinese acupuncture as well as Yamamoto new scalp acupuncture significantly decreased patients’ migraine frequency and severity. The study involved 80 patients who suffer from migraine headaches and concluded that participants had improvement in their ability to do daily activities after treatment.15

A 2017 study recently published by The Journal of Alternative and Complementary Medicine demonstrated acupuncture’s effectiveness at treating asthma. Acupuncture was used in conjunction with normal asthmatic treatments in order to see if there was increased relief effects. There was an increased quality of life shown in patients who received both forms of treatment at the same time.17

A recent review of 1,763 participants found that acupuncture treatment significantly reduced pain in patients compared to patients who did not receive the treatment. Patients with osteoarthritis who received acupuncture reported gains in mobility and a better quality of life. The trials found that longer treatment periods resulted in higher reductions in pain.19

In a 2016 study from the Mucosal Immunology Research Group, acupuncture treatment was shown to benefit those suffering from allergies in multiple ways. The study concluded acupuncture was effective in reducing nasal itch, eye itch and sneezing those with allergies suffer from.20

Acupuncture is recognized by leading national and international health organizations to be effective in the treatment of a wide variety of medical problems.

Current theories on the mechanism of acupuncture

Acupuncture affects higher brain areas, stimulating the secretion of beta-endorphins and enkephalins in the brain and spinal cord. The release of neurotransmitters influences the immune system and the antinociceptive system.21, 22, 23

Acupuncture affects the blood concentrations of triglycerides, cholesterol, and phospholipids, suggesting acupuncture can both raise and diminish peripheral blood components, thereby regulating the body toward homeostasis.23

Acupuncture stimulates the release of norepinephrine, acetylcholine and several types of opioids, affecting changes in their turnover rate, normalizing the autonomic nervous system and reducing pain.24, 25

Acupuncture affects the electrical system of the body by creating or enhancing closed-circuit transport in tissues. This facilitates healing by allowing the transfer of material and electrical energy between normal and injured tissues.25

Acupuncture activates non-nociceptive receptors that inhibit the transmission of nociceptive signals in the dorsal horn, “gating out” painful stimuli.26