A study published by the National Institute of Health looked at the management options for treating depression. Depression is one of the most prevalent symptoms of seasonal affective disorder. This study was conducted by the Canadian Network for Mood and Anxiety Treatments. They looked at multiple complementary and alternative methods for treating depression, including light therapy, acupuncture, exercise, yoga and natural health supplements like Omega 3 fatty acids and St. John’s Wort. The study concluded acupuncture is most commonly used as a third line of treatment for those seeking alternative methods to deal with depression, despite the fact it tends to be very effective. 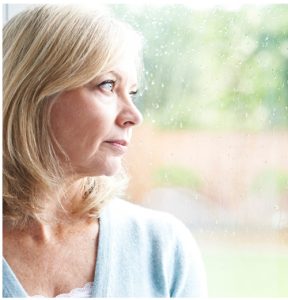 Seasonal Affective Disorder, also known as SAD, is really a form of depression that affects people worldwide. It is most commonly experienced during the fall and winter months. The symptoms of SAD include depression, hypersomnia, lethargy, difficulty concentrating, overeating, negative thoughts and decreased social interaction. Higher levels of anxiety are experienced at the end of the summer season as those who suffer from this ailment start to anticipate the coming months of less sunshine and increased symptomatology. Traditional Chinese Medicine and acupuncture are great choices for treatment of this condition.

Traditional Chinese medicine (TCM) is very effective in treating depression, including Seasonal Affective Disorder. Modern medicine usually treats depression with antidepressants and psychotherapy regardless of the presenting symptoms. In contrast, TCM diagnoses each patient on an individual basis and treats the specific symptoms, while also addressing the root of the illness. TCM incorporates multiple modalities such as acupuncture, Chinese herbs, tuina massage, cupping and exercises like qigong to help restore balance to the body. Traditional Chinese medicine also treats the person holistically instead of treating mind and body separately.

The theory behind treating depression using TCM, all revolves around the concept of Qi (pronounced “chee”). Qi is considered the vital energy that flows through the body and animates everything. When Qi is blocked or stagnant, illness can take root, either physically or mentally. Qi flows throughout the body on energetic pathways or meridians. Each energetic meridian is associated with an organ and each organ has its own emotion.

Acupuncture releases endorphins. By doing so, it improves the flow of Qi throughout the body while eliminating blockages and bringing balance to the mind and body. Endorphins counter the symptoms of depression and allow the person to resume a normal life.

Acupuncture and Traditional Chinese Medicine can help alleviate symptoms of depression while also attacking the root cause(s), thus bringing the body and mind back into balance. The body and mind are inseparable and should be treated as a whole, which is the approach used by acupuncturists.

If you are suffering from Seasonal Affective Disorder or depression and are looking for a natural way of dealing with it, contact me at (218) 724-3400 to find out more about how acupuncture may be right for you.

This article was posted in Acupuncture, Blog, Traditional Chinese Medicine. Bookmark the permalink. Follow comments with the RSS feed for this post. Both comments and trackbacks are closed.
2187243400 Directions Contact/Schedule